The World is My School

The World is My School

“”Discovering your own questions in your own path, finding your answers, isn’t that the real meaning of learning?.”

Here is a young man. Although he never attended school, he can speak English and French fluently, and travels around the world with a violin. The young man is Im Ha-young (20 years old). He hasn’t been to school since he was six years old. His parents taught him directly but he started his self-directed study at eight years old. He traveled alone in Europe at seventeen.

When he was fifteen he started to write his story and he became the hero of the book concert at twenty years old. However, neither genius nor generous households. It is the result of using the book and the people he met on travel as teachers. Now he is participating in the international human rights mock trial held at Seoul National University Law School. Only those who have never attended school have ever attended. Will Ha-young’s challenge succeed? Through Ha-young, this documentary asks the meaning of true learning. 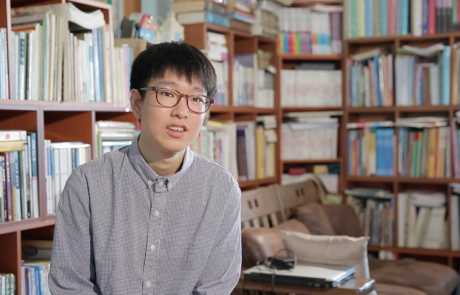